The Board currently consists of nine Board members, appointed by the Minister for Housing, Local Government & Heritage on the 11th of February 2021. Mr. Edward Lewis is the Chairperson of the AHBRA. All Board members were appointed following a process conducted by the Public Appointments Service.

The Board is responsible for setting the strategic direction of the organisation.

The Board members have extensive experience in housing, government, law, governance, operations and regulation. 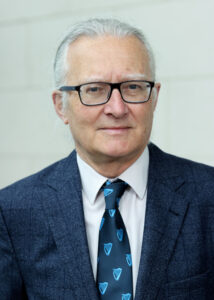 Eddie Lewis worked in the Department of Housing, Local Government and Heritage for most of his professional career. Over this time he worked in several sections of the Department including as Principal Officer for a number of areas of housing policy. He is currently working as an Associate Lecturer with the Institute of Public Administration where he leads the Housing Studies Professional Diploma and Certificate Courses. He is also Chair of the Interim Regulatory Committee which oversees the voluntary regulatory regime for housing associations.

He has spoken and written articles on a range of housing topics and is author of Competing in an Uncertain World. Institutional Change in the Irish State, which was published in 2010, and Social Housing Policy in Ireland. New Directions [2019].

Seamus Neely served as Chief Executive of Donegal County Council from July 2010 until July 2020. He started his public service career with Donegal County Council before moving to various Local Government roles in Monaghan and Cavan. Seamus holds an honours degree in Business Studies from Ulster University and an MBA from Dublin City University. He is currently a Board Member of Transport Infrastructure Ireland and has served on the Board of the Local Government Management Agency, Donegal County Enterprise and Donegal Tourism CLG. Seamus led a process of organisational change in Donegal County Council that provides the basis for collaboration with Derry City and Strabane District Council in the promotion and development of the North West City Region incorporating Letterkenny / Derry and Strabane as an economic driver for a cross border population of over 350,000 people. 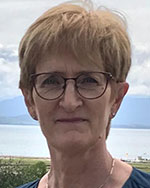 Eileen Gleeson is the former Director of the Dublin Region Homeless Executive where she was responsible for delivering a response to those experiencing homelessness or at risk of homelessness for the four Dublin Local Authorities under the aegis of Dublin City Council. A career public servant she worked with Dublin City Council for over 40 years until her retirement in January 2021.

Eileen held several key leadership roles in the Local Authority throughout her career and, spent over 30 years working in Housing Services with Dublin City Council. She was instrumental in ensuring the expansion of the Approved Housing Body Sector in the delivery of Social Housing in Dublin City. 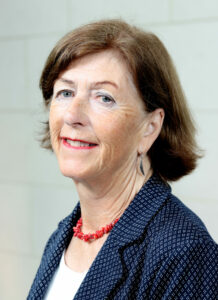 Geraldine Hynes is a solicitor and accredited mediator with many years’ experience in general practice, legal education, regulation and equality law. Since 2012, she has worked as a mediator and alternative dispute resolution consultant.

Geraldine is a volunteer mediator with Dublin community mediation services and is also a volunteer solicitor with Mercy Law Resource Centre, dealing with issues of housing and homelessness. She chairs tribunals established under the Mental Health Acts and is a board member of the Workplace Relations Commission since its establishment in 2015. 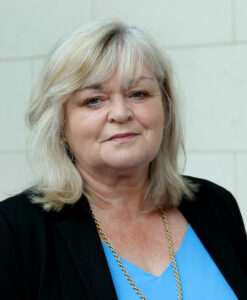 Jillian Mahon is an experienced executive director with wide ranging general and specialist management experience across the private, public and international finance sector. Since 2019 she has been an independent business and financial consultant working in an advisory capacity in both the public and private sector both domestically and in EU, particularly in areas of risk management and sustainability.

Previously Jillian held senior roles in the National Treasury Management Agency (NTMA) initially with the National Pension Reserve Fund and from 2014 on the project team establishing the Strategic Banking Corporation of Ireland and thereafter in the role as Head of Funding, Risk Sharing and Strategic Initiatives with that state agency. Prior to these roles, Jillian had an extensive career in banking and held the role of Treasurer in AIB.  She is a Graduate of UCD and OU holding a BA, MBA and Prof Dip in Corporate Governance. 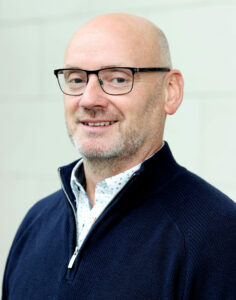 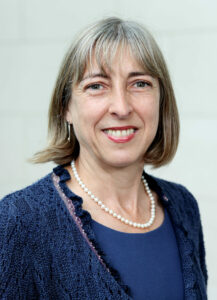 Oonagh Breen is a Professor of Law at the Sutherland School of Law, University College Dublin.  A graduate of UCD and Yale Law School, her research focuses on comparative charity law regulation and governance. She has worked with the non-profit sector, charity regulators and policymakers in a number of jurisdictions (including Ireland, the UK, Australia, New Zealand and Canada).  Oonagh is President of the International Society for Third Sector Research (ISTR) and a member of the international advisory council to the International Center for Not-for-Profit Law (ICNL).  She is the author of the Enlarging the Space for European Philanthropy Report (DAFNE & EFC, 2018) and co-author of Breen and Smith, Law of Charities in Ireland (Bloomsbury, 2019). 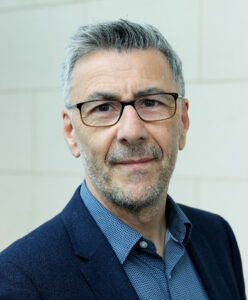 Michael is the Chief Executive of the Scottish Housing Regulator, the regulator of Registered Social Landlords (RSLs) and local authority housing services in Scotland.  His career has centred on the provision of social housing, public health and welfare services, with the last twenty years in the inspection and regulation service of the Scottish Housing Regulator and its predecessor organisations. Michael was educated at the University of Glasgow.

Orla Coyne is a qualified solicitor for over 30 years and is a senior partner in Eames Solicitors, Dublin. She has previously and continues to serve as a Council/Committee member and Committee Chairperson in both the Law Society and the Dublin Solicitor’s Bar Association (DSBA), including having held the position of past President of the DSBA. She was appointed to the Board of the Private Residential Tenancies Board from 2005- 2013, and served as  Chairperson of the PRTB from 2009-2013 and remained on as a Tribunal member from 2013 to 2016. She was previously appointed to the Rent Tribunal (as member and Chairperson) and more recently to the Valuation Tribunal from 2015 to date.  She is a graduate of UCD and holds a post graduate Diploma in Arbitration and European Law.

Back to top of page